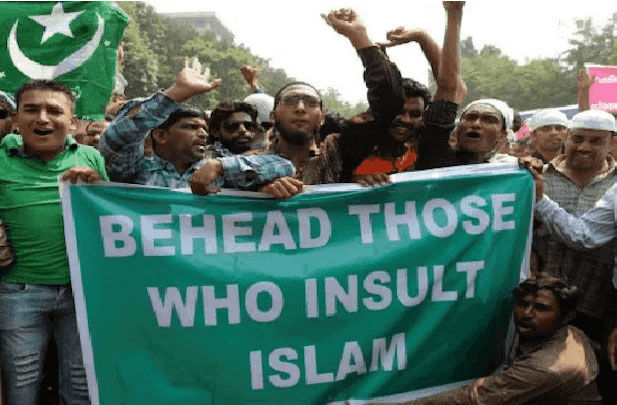 Many Muslims believe that blasphemy (ridiculing) Islam or Prophet Muhammad demands a penalty. Some Muslims even take matters into their own hands and kill people who ridicule the prophet. However, the Quran does not prescribe any penalty for blasphemy. As a matter of fact, the Quran indicates that the prophet himself was often ridiculed in person and the prophet was told to simply ignore them as if to let God deal with them.

Blasphemy towards Prophet Muhammad, the Quran and God Himself

We see in the Quran that Prophet Muhammad

We also see in the Quran that it was called

Of course, the gravest blasphemy was that done against God Himself (7:180)

Nowhere in the Quran did any of these insults attract the death penalty. Rather, the advice given was to be patient as indicated in 38:17 and 20:130.

The Right to Kill

From the Quran’s perspective, the right to kill is only allowable in two circumstances.

Note that 5:33 uses the word “strive” (Arabic: ya-ouna) which indicates that the corruption and evil done is one that is repeated with serious efforts. What’s also interesting to note about verses 5:33-34 are the punishment options:

What is also significant is verse 5:34 which states that if evildoers repent before they are captured, then they should not be punished according to 5:33.