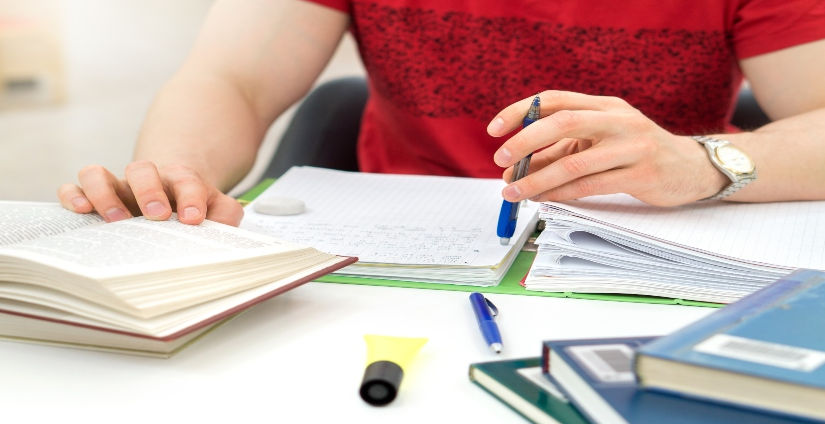 Following is proof that Muslims must study the Quran in an effort to understand it and that simply deferring matters of Islamic to other people, e.g. the Ulama, is not allowed.

Is it better to memorize the Quran or to read the Quran?

Many Muslims go through the huge effort of memorizing the Quran, even if they don’t speak Arabic. In general, many Muslims are also very impressed to hear of someone who has memorized the entire Quran. Sadly, when you ask these people if they understand what they memorized, they say they don’t understand it. In other words, many of these people have managed to memorize the sounds of the Arabic Quran without understanding the meaning of what they’ve spent so much time trying to memorize. According to verse 2:2, the Quran is a guide for people who believe in God.

And according to verse 47:24, the Quran should be studied and understood.

While there is nothing wrong with memorizing the Quran, it should be clear that understanding the meaning of the Quran should be a priority. After all, how can you be guided by a book that contains guidance if you don’t understand what you are reading, let alone have memorized?

Is it better to read the Arabic Quran or a translation?

Many non-Arabic-speaking Muslims diligently read the Arabic Quran throughout their lives. Sadly, most of them have no idea of the meaning of the words they read. As such, it doesn’t seem fitting to even say that they are “reading” the Quran since “reading” implies an understanding of the words being read. As such, a possibly more appropriate description of their actions is that they are “making the sounds of the Arabic Quran.” The word Qur’an is an Arabic word that translates to “Reading” in English. It is called as such because it’s supposed to be read. In addition to reading it, God expects you to think deeply about it and understand it (47:24).

Obviously, in order to be “guided”, you need to understand the meaning of the guide. And obviously, you can understand a guide if you don’t understand the language of that guide. Therefore, it should be obvious that non-Arabic speakers will benefit most from reading a translation of the Quran to satisfy verse 47:24 and be “guided.” People don’t magically get guidance by reading a book they don’t understand. If one feels it important to read the Arabic Quran, they can read both the Arabic version and a translated version side by side.

Are you allowed to sing the Quran?

Many Muslims think that it is better to recite the Quran with a certain intonation. The resulting effect can be somewhat like they are singing a song with or without instruments.

Here’s an example without instruments.

And here’s an example with instruments.

In verse 17:36, God clearly tells people not to follow and believe in what they have no knowledge of. For example, if someone tells you that Muslim men are forbidden from wearing gold and silk, then you shouldn’t just believe what they say, regardless of whether they are learned scholars or imams. You must know what you are doing so that you are not guilty of becoming a blind believer. Examples of blind believers are idol worshippers of the time of Prophet Abraham. When Abraham proved to them, including his own father, that the idols were not God, and told them to stop worshipping them, they refused saying that they wanted to continue worshipping whatever their forefathers worshipped, even though they had no proof that their idols were God.

As a Muslim, do you have to understand the Quran?

Many Muslims believe that they can just read the Quran without understanding and thinking deeply about its verses. However, God says in verse 47:24 that you are expected to study and think deeply about its verses. The expectation that you understand the Quran is so serious that not doing it is as if your heart was locked up. This expectation is very rational. After all, if you don’t understand the Quran, then your practice of Islam would be based on assumption rather than proof. Furthermore, since verse 17:36 forbids you from blindly following what people tell you without your own personal knowledge or proof of a matter, one obvious way to acquire knowledge of Islamic matters is by studying and thinking deeply about the Quran.

Note the keyword “yatadabbaruun” in this verse which is defined in the Edward Lane’s Lexicon as follows (highlighted).

QURAN — FOLLOWING / JUDGING BY OTHER THAN IT

This is understandable and is proven in verse 6:114. The Quran is the word of God. Other books, e.g. the book of Prophet Muhammad’s sayings (hadith), are not from God but from humans (e.g. indirectly via a chain of people who claim they heard Muhammad say something). Muhammad is not God. Muhammad has no right or authority to make Islamic law. And God never gave Muhammad the authority to make Islamic law as we will prove below.

Whoever judges by other than the Quran, they are wrongdoers and Kafir (disbelievers)

Many people, usually very religious people, like to tell others that something is haram. Unfortunately, their justification of their statements is based on the supposed sayings of Prophet Muhammad (hadith) and not the Quran. For example, some people tell others that men are forbidden from wearing gold and silk. This information is found in the hadith but you will never find it in the Quran. According to verse 5:45, these people who judge by the hadith think that they are doing the right thing and are very religious but in actuality, God considers them wrongdoers.

In addition to being wrongdoers, in verse 5:44 God even considers them to be disbelievers (kafir). This verse indicates that

There is no mention of the man-made Jewish Talmud book containing supposed sayings (hadith) of prophet Moses nor opinions of rabbis to be used in place of or in conjunction with the Torah for matters of Jewish law. The same, obviously, would apply to the Quran.

Regarding matters of religion, do not follow or believe in hadith besides the Quran

Verses 45:6 and 77:50 should be sufficient proof for everyone that only the Quran, which is God’s sayings (hadith) should be followed and believed in. Any saying (hadith) after that should not be believed in let alone followed as supplementary or overriding laws in the Quran.