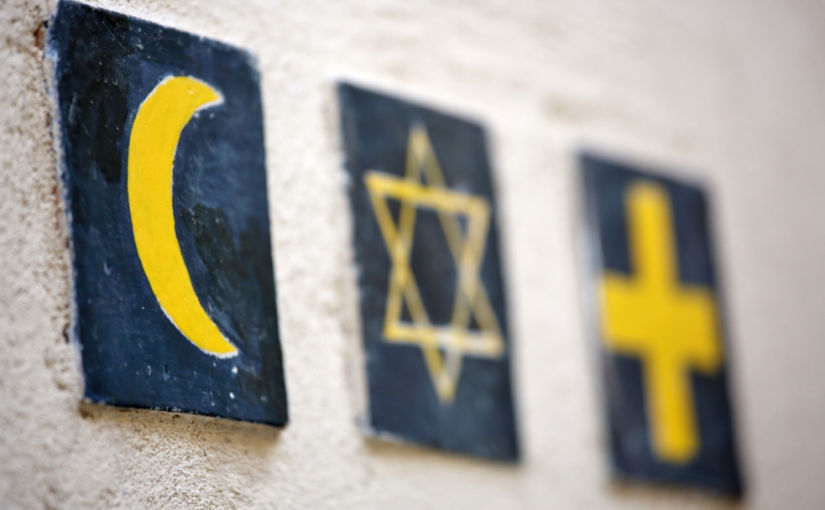 This article contains proofs to support the argument that Jews and Christians are actually Muslims.

Prophet Isa (Jesus) and his disciples were Submitters (Muslims)

People who believed in the previous scriptures (Torah, Injil) were Submitters (Muslims)

The religion of Noah, Muhammad, Abraham, Moses and Jesus is the same so don’t be divided.

God tells people not to divide religion into sects

There is supposed to only be one people / community who worships God but people (e.g. Jews, Christians, Muslims) divided their affairs

Despite the clear proof in the Quran, many Jews, Christians and Muslims divide their religion into groups and sects, e.g. Jewish this, Jewish that, Christian this Christian that, Muslim Sunni, Shiah, Druze, Alawi, Salafi, etc.

Even though Jews and Christians are technically Submitters (Muslims) and that their books (Torah and Injil) were revelations from God, their books have been replaced by the Quran and they are told to believe in and follow the Quran.

Most people understand 21st century Islam (the religion of Submission) to have multiple sects such as Sunni, Shia, Wahabbi / Salafi, etc. These sects all have one thing in common which is that they are based on the Quran. With the information in previous chapters, we know that Islam is independent of the Quran and Islam began at least as early as Prophet Abraham. We also know that Moses and Jesus were Muslims (Submitters) and that they along with, at least some of, their followers practiced the form of Islam we are familiar with today, e.g. praying, fasting, etc. One key difference, however, between the followers of Moses (Jews) and the followers of Jesus (Christians / Nazarenes), is that almost all of them don’t believe in the Quran. Furthermore, most Christians have a very unusual understanding of God in that they think that Jesus is either the son of God or a third of God or God himself. Some denominations of Christianity that don’t believe in the doctrine of the Trinity are the Mormons and Jehovah’s Witnesses. In any case, one can argue, based on the fact that all of these groups originate from Abraham, who is arguably the founder of Islam (Submission) which all of these groups originate from, that all of these groups are sects or subsects of Islam. Therefore, one way of looking at Islam is as follows.

Judaism is a sect of Submission (Islam). Its leader is Moses. Most followers only believe and follow the Torah (and some other books that make up the Jewish bible)

Christianity is a sect of Judaism. Its leader is Jesus. Most followers only believe and follow the Torah and the Jewish bible (Old Testament) and the Injeel (New Testament)

Quran-based Islam is Submission (Islam) based on the Quran. Most people believe its leader to be Muhammad even though the Quran tells Muhammad and Muslims to follow Abraham. Followers believe in the Torah, Gospel and the Quran but only follow the Quran.