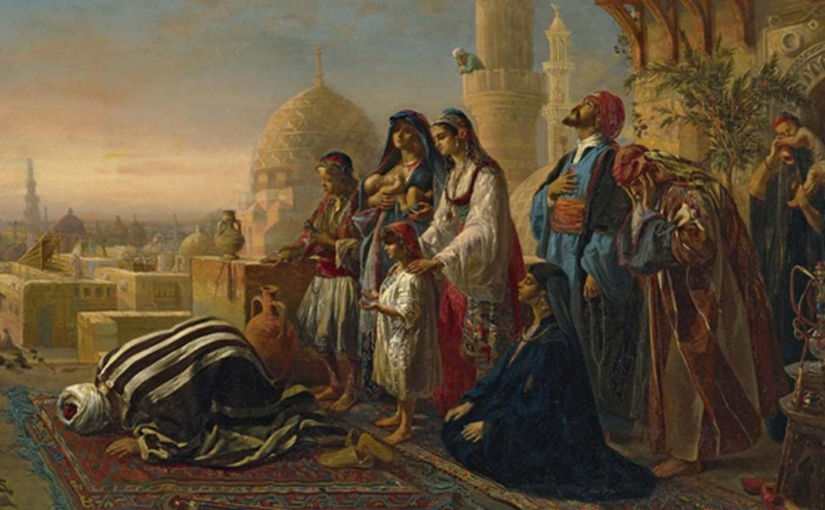 Many Muslims believe that the Islamic prayer began with Muhammad. However, below is proof that people prayed Islamically much before Muhammad was even born.

Additionally, many Muslims argue that the Quran is incomplete because it doesn’t explain how to pray and therefore the hadith are required to clarify the shortcomings of the Quran. This argument is invalid because

The Children of Israel (Jews) prayed

The phrase “bow with those that bow” is clearly a reference to congregation prayer such as the Friday Dhuhr prayer.

People prayed at the Kaaba

Many other people before Muhammad’s time prayed

In verses 19:58-59, we are told that God blessed many prophets before Muhammad and that after them, some generations stopped praying. This indicates that they did know how to pray.

In 2:43, the Children of Israel (Jews) were told to pray. According to Hayim H. Donin in his book titled “To Pray As A Jew“, we see diagrams as shown below describing the ancient way Jews prayed. Unsurprisingly, the way they prayed is very similar to how Muslims today pray, even though Jews today no longer pray the way ancient Jews prayed.

It is interesting to learn from this book that Jews also wash before praying (like ablution / wudhu for Muslims) and have a call for prayer (like the adhan for Muslims).

Many people argue that Islam originated with Muhammad and that the hadith of the Prophet Muhammad are necessary to explain the details of prayer which are missing from the Quran. However, as we have proven above,

Did you learn to pray from reading the hadith or did you learn from your parents or teachers?

Submitters who follow the Quran (Muslims) are supposed to pray 5 times a day. Following is what they say.

Submitters who follow the Torah (Jews) usually pray 2 times a day. Following, known as the Shema, is what they say.