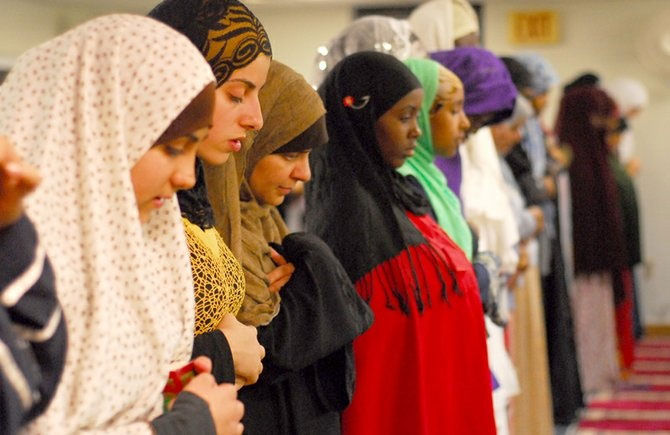 Most Muslims believe that women are not required to pray Friday Dhuhr prayer in congregation. However, that understanding is based on the hadeeth which, as proven elsewhere in this book or in another one of my books, is an invalid source of Islamic law. The Quran in verse 62:9 makes it very clear that all believers must pray in congregation on Friday, not just men.

Notice that the above verse does not single out men. Women, obviously, can be and are also believers.

In verse 3:43, God told Mary, mother of Jesus, to prostate and bow down with those who bow down. This confirms that congregational prayer was also directed to women.

In verse 3:193, we read that people were asking God for forgiveness and salvation. In verse 3:193, God responds by saying that men and like women and that He would not allow the deeds of anyone to be lost.

Additionally, God differentiated between men and women with regards to certain issues, e.g. men receive twice the inheritance as women and two women are required to be witnesses for each male witness. Therefore, if God wanted only men to pray the Friday prayer in congregation, He could have simply stated that it was only for men.

The above verse stresses the equality of male and female when it comes to worship, and signifies that the opportunities to worship should be equal for both men and women.