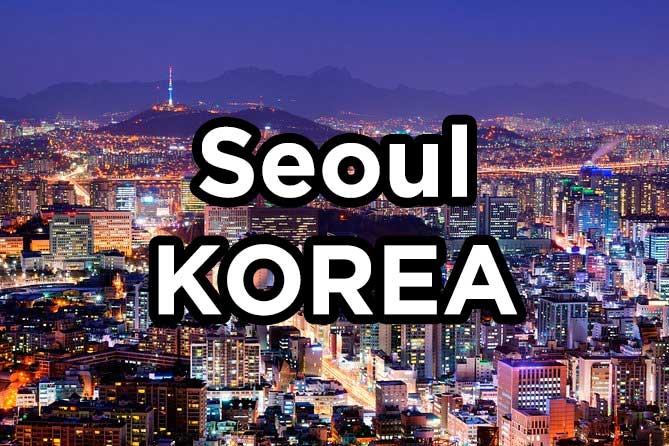 This is not a complete list of tourist places and popular Korean food. It’s just a list of places that I think may be worth visiting and a few other relevant things.

When choosing a hotel, if you want to be close to

you probably want to stay around the Myeong-dong area.

The War Memorial of Korea

Lotus Lantern Festival in May

It’s where all the foreigners hang out at night.

Food to try at Myeongdong

Hottoek is a Korean-styled pancake. One of the most popular Korean street snacks, it is made from a simple flour batter and filled with sweet syrup made from cinnamon, brown sugar, and peanuts. It’s a great snack when you’re between meals.

Red beans are mixed with eggs and wheat dough by hand, then this artisan bread is shaped and baked without any artificial sweeteners or preservatives, keeping only the sweetness of its original natural ingredients.

Hodu means walnut in Korean and they are cookies filled with red bean paste and walnuts.

Thick bread is divided into nine parts filled with whipped cream and then topped with honey, caramel syrup, and cinnamon powder. Its original name was Honey Butter Bread.

has a shape of rounded rectangle and contains whole egg inside of a bread. They are often sold by street vendors.

It is made with glutinous rice flour and melted butter. The dough is deep-fried in oil and tossed in sugar and cinnamon powder. Like most fried breads, it tastes better when it’s hot. You can enjoy the original taste of twisted bread by eating when it just comes out of the oil, or by heating them up.

The fillings for these rice cakes vary, but the most common are sweetened sesame seeds and mung beans.

Cooked on a metal plate over charcoal in the centre of the table. The meat is sliced thicker than bulgogi. It is often called “Korean barbecue” along with bulgogi, and can be seasoned or unseasoned.

is the Korean name for the Japanese fish-shaped pastry Taiyaki that is usually filled with sweet red bean paste and then baked in a fish-shaped mold. It is very chewy on the inside and crispy on the outside.

is almost the same as bungeoppang, but it is shaped like a flower.

Places Not in Seoul

As a bonus, here are a few places in Korea outside of Seoul.