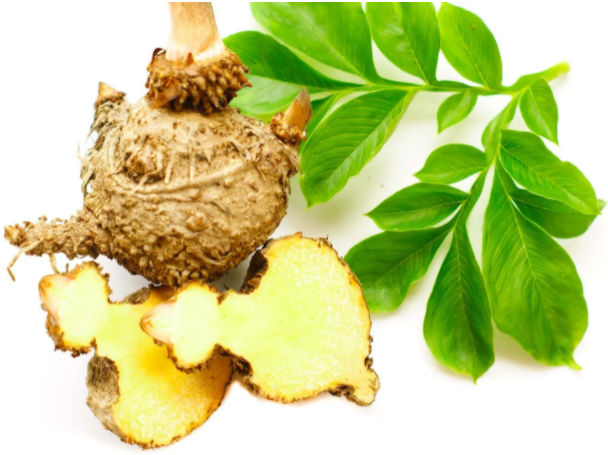 Consuming foods high in fiber is important for your digestion and to feed your gut bacteria. But, it can also be very effective for weight loss. Fiber can soak up water in the intestine, slowing the absorption of nutrients and increasing the feeling of fullness.

Dietary fiber is a non-digestible carbohydrate found in foods. As such, it can be subtracted from total carbs since fiber simply passes through your body. Unlike other carbs, it does not get converted to sugar or get stored as fat.

There are 2 types of fiber based on water solubility:

Glucomannan is a natural, water-soluble dietary fiber extracted from the roots of the elephant yam, also known as konjac. It is grown in East and Southeast Asia and is a very common food in Japan and Korea.

It’s the main ingredient in Shirataki noodles and comes in powder and pill form.

How does Glucomannan support weight loss?

Glucomannan is one of the most viscous dietary fibers known. It absorbs so much liquid that a small amount of glucomannan added to a glass of water turns the entire content into a gel. Chia seeds, which you may have heard of, are also high in fiber and also absorb water but it’s nothing compared to Glucomannan. Note that ground flaxseeds is another healthy fiber supplement but it doesn’t gel up nearly as much as Chia seeds.

In the picture below, you can see Glucomannan in powder form being added to water, and on the right, the Glucomannan after it absorbed all the water.

This thick gel lines the stomach and provides bulk and satiety / feeling of fullness which lowers your appetite so you eat less. In addition, Glucomannan

It is recommended to take 1 gram (1000 mg) of Glucomannan before a meal with two 8 oz glasses of water. The amount of time before a meal depends on how long it takes for the Glucomannan to gel up. When you get your Glucomannan, it’s a good idea to add water to it to see how long it takes to gel up. The powder form should gel up in a few minutes whereas the pill form should take about 30 minutes. In general, you can wait 15 minutes to an hour before eating.

WARNING: Glucomannan MUST be consumed with water so that it reaches the stomach before it turns into a thick gel. Consuming Glucomannan without water could cause it to gel up in the throat or esophagus causing blockage and choking. The government of Australia even banned Glucomannan because of this choking and blockage risk.

The amount of water to drink while consuming Glucomannan is important as it will affect the viscosity and effectiveness of the Glucomannan to support weight loss. For example, according to this video, the same amount of Glucomannan was added to a small and large glass. Then, different amounts of water was added to each glass. The result was the gel in the small glass was so thick that turning the glass over would not cause it to come out. The gel in the large glass, on the other hand, could spill out. The more water, the better.

Not all Glucomannan brands are the same

According to this video, the brand on the left did not coagulate as much a the one on the right. Therefore, test the Glucomannan you buy to ensure that it coagulates as expected.

Testing viscosity of Glucomannan by Nutricost

I bought a bottle of glucomannan pills by Nutricost on Amazon. To test the viscosity, I put water and glucomannan in 3 glasses as follows:

I stirred the powder in the water but there was too little powder that the glucomannan hardly became coagulated.

Finally, the mix in the left glass became thick like a thick sauce. The middle glass was somewhat thick but due to there being more water, it was still very runny. The pill in the right glass still hadn’t melted after 6 hours.

Based on these results, I think