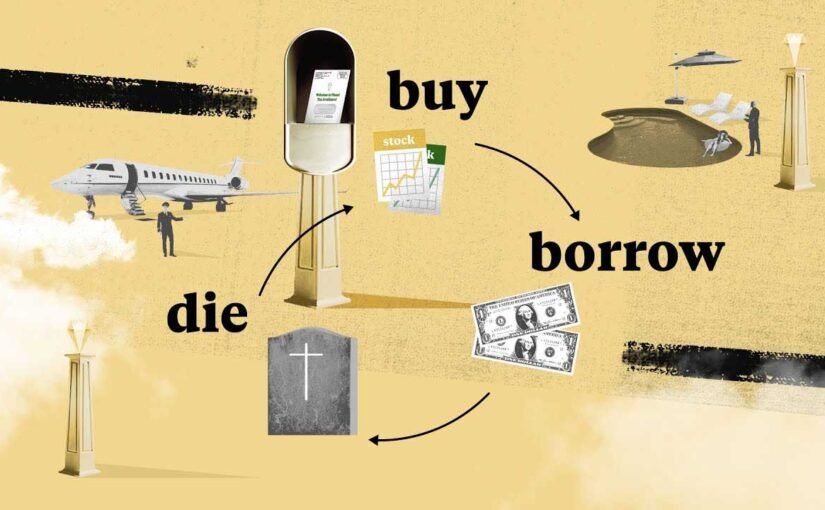 It’s not uncommon to hear that some of the wealthiest Americans pay less tax than the average taxpayer or, sometimes, no tax at all. However, there hasn’t been much, if any, proof or an understanding of how they get away with it until recently. ProPublica, somehow, got IRS records of many of the wealthiest Americans and in June of 2021, published an article and video showing what these people’s effective tax rates were and how they did it.

According to ProPublica, the ultrawealthy are able to pay so little or nothing in taxes by living off of loans. Income tax is tax on any income you receive, like a paycheck. For most people, your employer withholds your taxes due so when annual taxes are due, you pay or get a return of the difference of your final taxes owed. Therefore, the less your income is, the less you pay in taxes. Wealth in the form of stocks and real estate can go up and down and is not taxable until you sell. You probably have heard of some CEOs getting a salary of only $1 a year. This might sound like they are extremely generous and humble but in reality, it’s a strategy for them to continue to live lavishly but pay very little in taxes. Since no one can live on a salary of $1 a year, they borrow money to pay for food, housing, yachts, airplanes, etc. And because they’re so rich, they can get a loan at a very low interest rate, like 3%. As an example, if a CEO gets a salary of $1M a year, then their tax rate would be 37% and their tax bill would be, assuming no deductions, $370K. However, if they borrow $1M and pay 3% interest, then they only pay $30K in interest and $0 in taxes assuming they took a salary of $1.

A new generation starts ultrawealthy and the cycle starts all over again.