Here are some detailed steps for rigging an MP3 player and connecting it to your lights that are powered by a light switch so that whenever you turn the lights on or off, music will play or stop.

Read all instructions at least once before proceeding.

The instructions below show how I installed this in a bathroom. 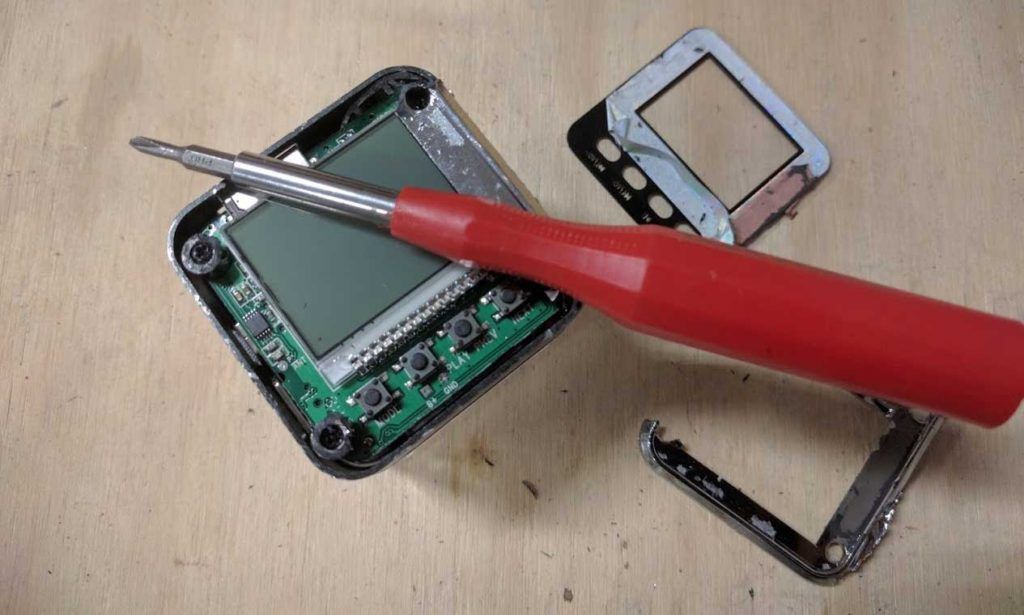 4. Carefully pull out the circuit board 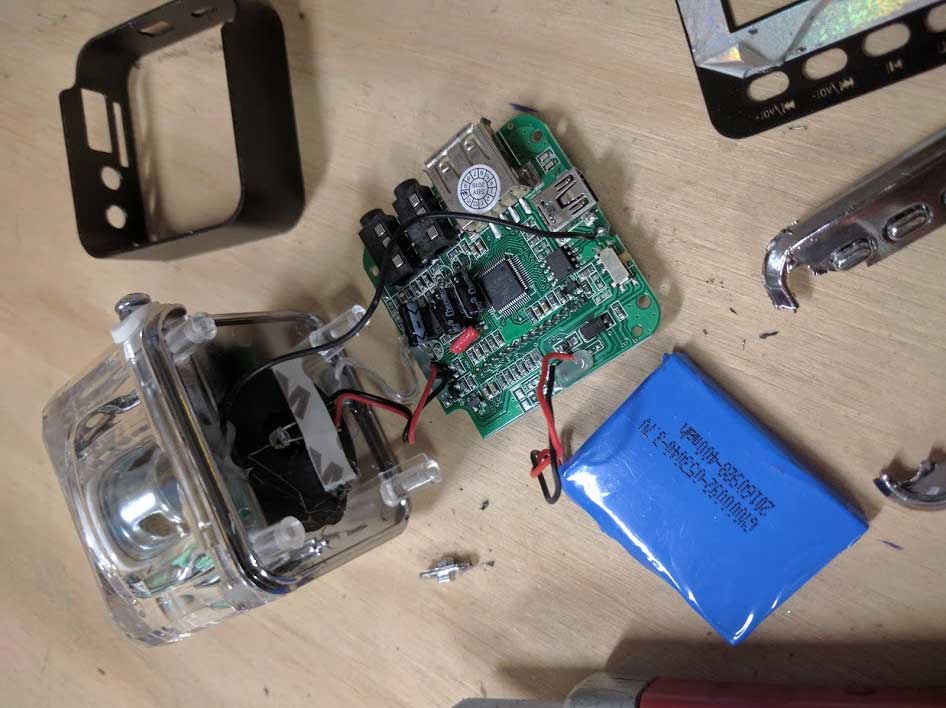 The blue thing is the battery (like I said, these are “detailed” instructions). 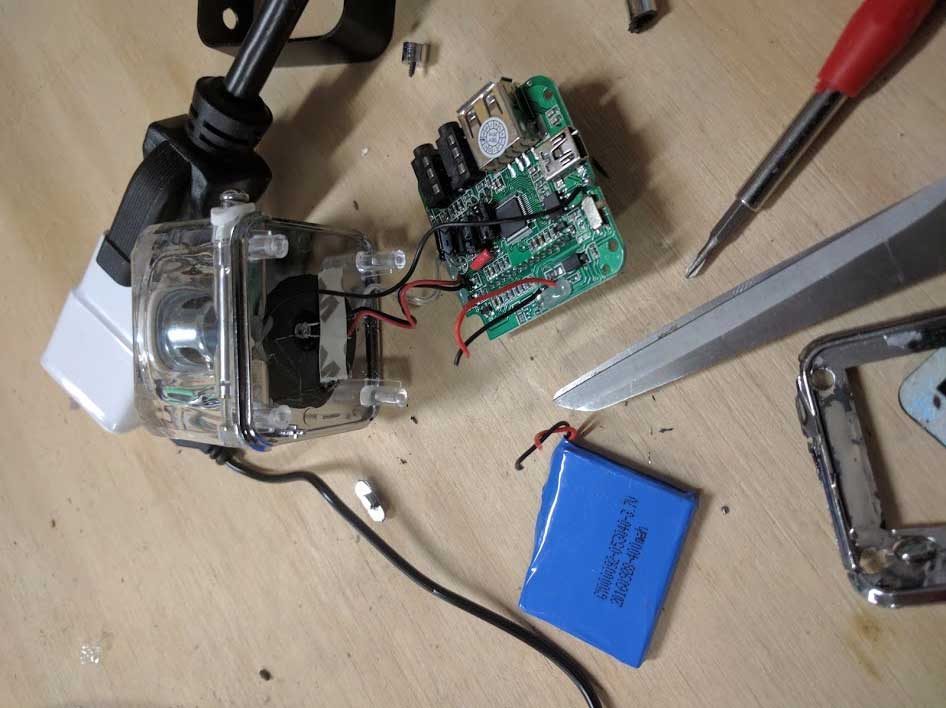 6. Test by plugging in the USB cable into the USB power adapter and into a power outlet.

7. Screw the circuit board back in 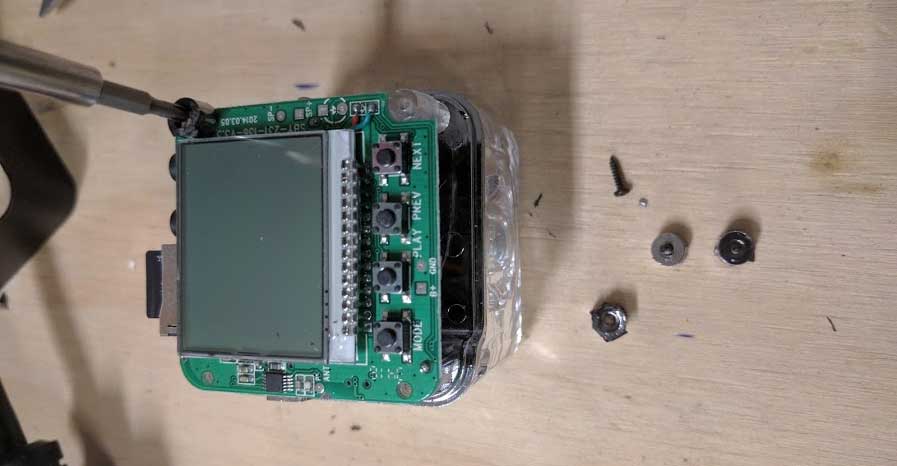 8. Push and slide the black casing back on 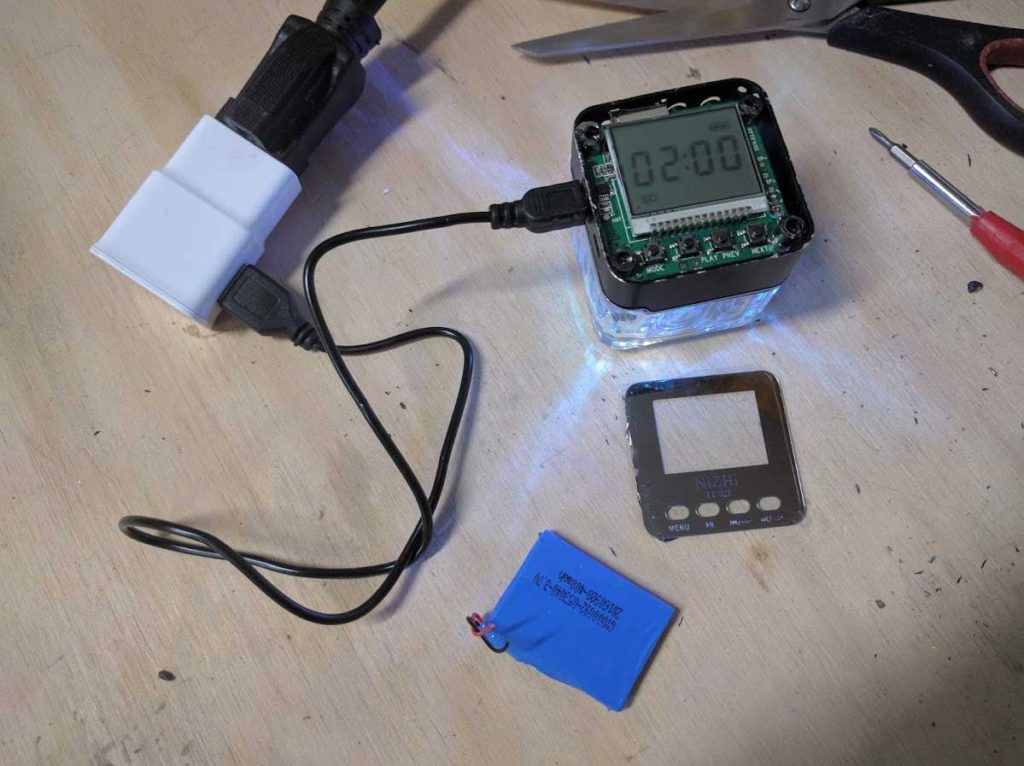 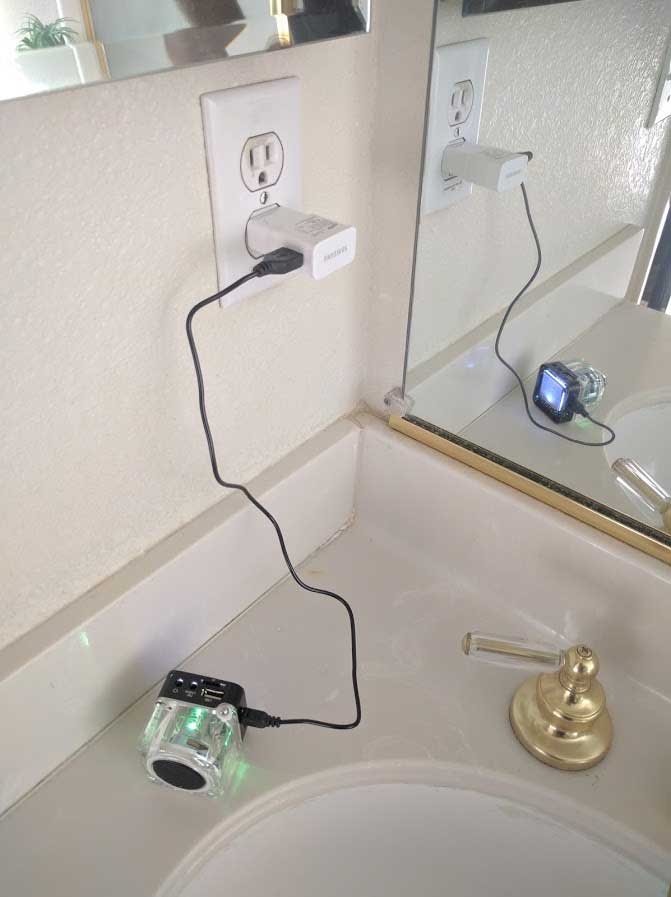 In my case, I could just remove the light diffuser panels (there used to be flourescent lights in the light box / soffit but I didn’t like that so I put vanity lights outside the light box) 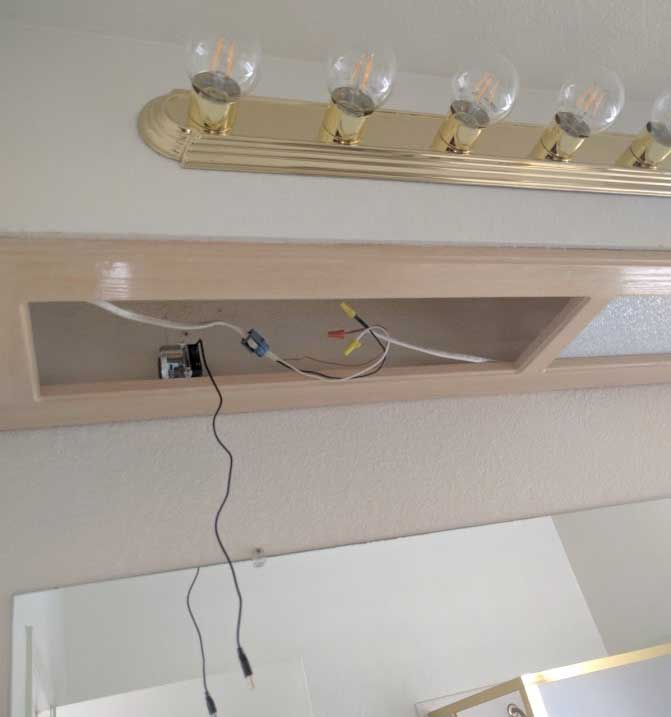 11. Cut the plug end off of the extension cord 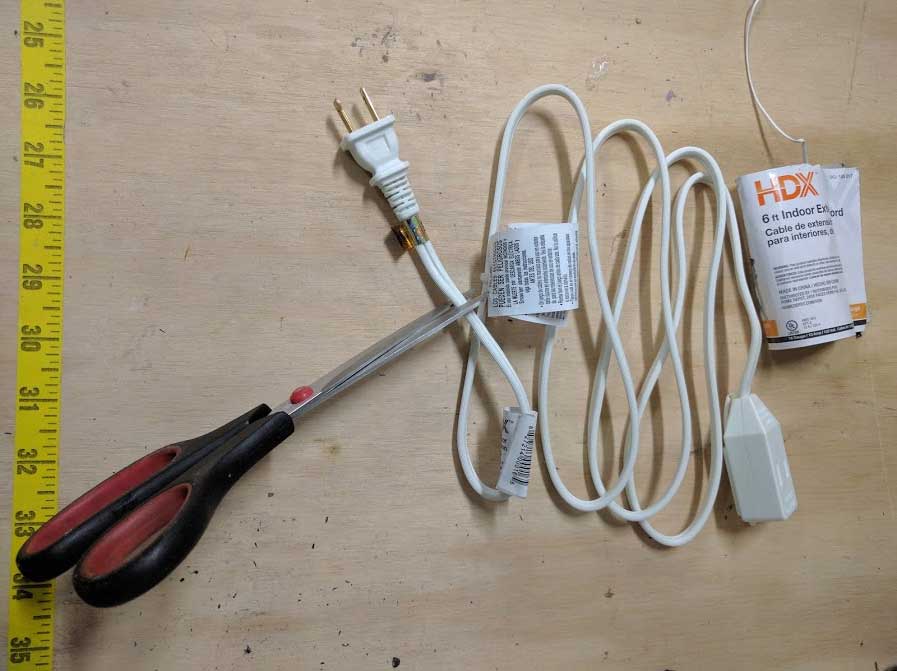 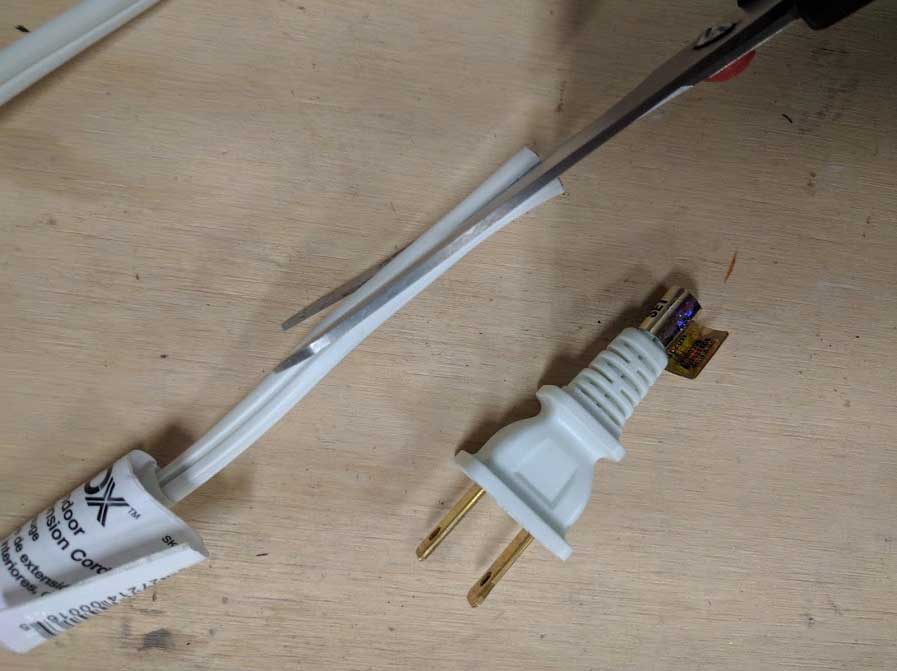 13. Using wire strippers, strip about 1 inch of insulation from the end of the two wires 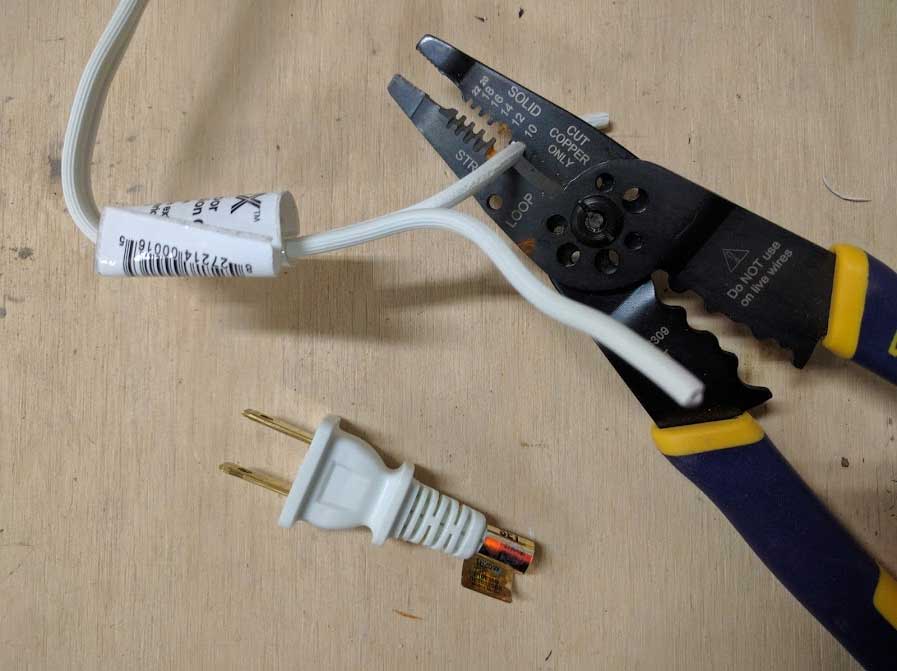 15. Connect the wires to the existing lighting wires

17. Cover up the wires and MP3 player and test again. You’re done.