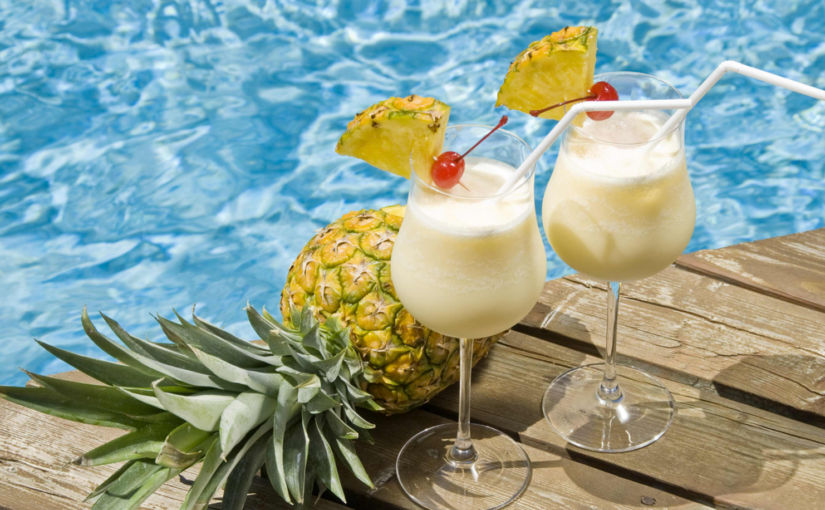 Combine all ingredients in a blender. Blend until smooth, about 1 minute. Serve immediately.

The frozen pineapple chunks are available at Target, Walmart and FoodMaxx.

The pineapple juice (not from concentrate) is available at FoodMaxx.

The coconut milk is available at FoodMaxx and Target. 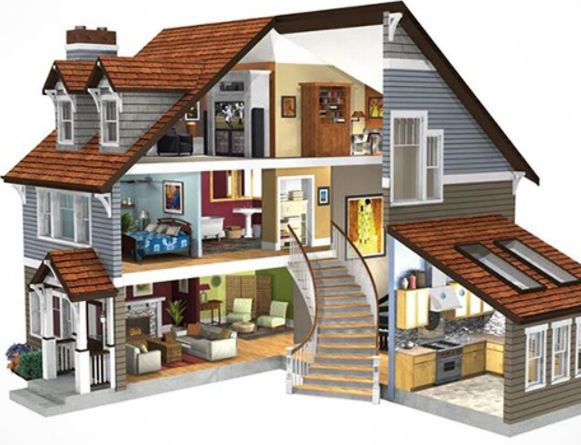 If you need to only create 2d house floor plans, I personally have found Lucidchart to be easy to learn and intuitive to use.

If you need to create 3d house floor plans, I have found Live Home 3D to offer the best features for the price. At $10 (on sale), you can easily create 2d and 3d home plans. You download and install the program which allows for faster 3d rendering. My typical workflow to design a house is as follows:

1. Create a room by clicking the Room button

2. Draw a room (2d) by dragging the shape of a rectangle

END_OF_DOCUMENT_TOKEN_TO_BE_REPLACED

Following are some action cameras worth considering.

What I primarily like about this camera is the gimbal-like”Hypersmooth” video stabilization.  It doesn’t use an actual gimbal but it does an impressive job performing as if using a gimbal. However, it’s not as good as using an actual gimbal. The primary downside is the huge price tag at $400.

This camera costs only $50 and comes with basic EIS (electronic image stabilization). It’s still not as good as GoPro’s HyperSmooth stabilization but it’s significantly cheaper.

The GoPro Shorty is a stick with an integrated tripod.

The DJI Osmo Mobile 2 is a smartphone holder with a gimble. It has many features including the ability to follow a moving subject.

When you compare GoPro 7’s HyperSmooth image stabilization to DJI Osmo Pocket gimbal stabilization, the latter is better, as expected. If you watch this video at time 5:08, you’ll see that the horizon stays level in the Osmo Pocket video but it sways a bit in the GoPro 7 video as if you are on a boat. For the GoPro, you’d have to get a holder with a gimble to achieve the same level of stabilization.

The GoPro Hero 7 seems to have better low-light quality.

With the GoPro, you can replace the batteries. With the Osmo Pocket, you have to charge the embedded battery.

For infrequent use, I’d just get a gimbal for my smartphone that also supports the GoPro Hero in case I ever get a GoPro. After reviewing the Moza Mini-Mi, Zhiyun Smooth 4 and the Osmo Mobile 2. The Osmo Mobile 2 is the best.

For frequent use, though I like how small the Osmo Pocket, I think I’d get the GoPro Hero 7 since it includes Hypersmooth stabilization, a wide field of view, and supports replacing batteries. To get gimbal-smooth videos, I’d just buy a holder with a gimbal for use with the GoPro.

When filming with a regular action cam, you have to point the camera at what you want to film. If the person holding the camera doesn’t aim well or is on a moving around a lot, e.g. on a roller coaster, the subject can easily get cut off. To solve this, you could get a 360 degree action camera. They record everything around you regardless of which direction the camera is facing. In post processing, you can choose which direction you want the final video at face at any given time frame. This is called “reframing” the video to convert it to normal a flat video.

When traveling, you don’t always know when you’ll come across a scene you’d like to film. Fortunately, many cameras are small enough to put in your pocket. However, it’s nice to be able to record hands free. There are many mounts and accessories available including

At the very least, using a lanyard would be wise in certain situations like on a roller coaster so if you drop the camera, you won’t lose it. 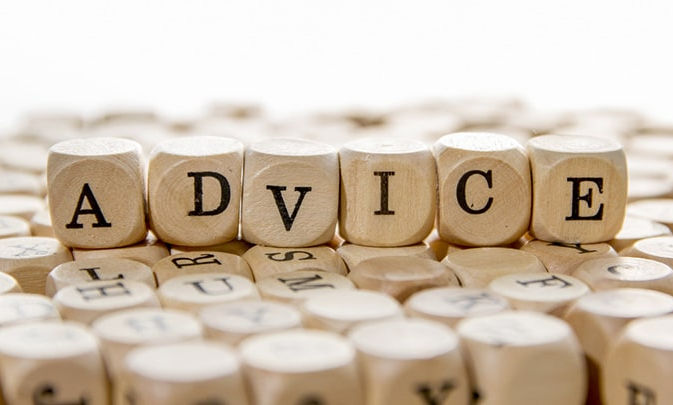 Following is some advice regarding major life issues I would offer to the average person (the majority of people) based on my experience and the experience of others. Unfortunately, these are things they don’t teach you in school.

People don’t like saving money and generally aren’t good with money. If you choose to rent instead of buy a house for a long period of time, you will for the most part lose money and not end up with much money. Your rent will keep increasing and the money spent on rent will just be gone – given to your landlord. Conversely, if you buy a house, even with just a 20% down payment, while you may feel like you’ve lost a huge amount of money from paying the large down payment, in most cases you haven’t lost any money at all. You’ve just moved that money from one place (a bank account) to equity in the house. When you make your monthly payments, though some of the payment amount will be lost to pay interest to a lender, e.g. a bank, the remainder of the money will be yours, albeit in the form of equity in the house. Furthermore, the house will likely increase in value which increases your equity in the house. In hot markets like the San Francisco Bay Area, one can realize an impressive gain in house value due to appreciation, e.g. $200K over a few years of doing nothing but paying your mortgage.

Most people are not good investors, whether in the stock market or in running a business. While it’s easy to invest in the stock market, it’s extremely volatile and more akin to gambling. Running a business is a lot of work which most people can’t handle. Therefore, most people would be better off just investing in real estate and becoming a landlord. While it does require some work, it’s much less than running a business and more predictable than the stock market. Having a rental property would allow your net worth to grow much faster than if you just owned one home as your primary residence. In other words, if you had to choose between buying one dream home for $1M as your primary residence versus buying two average homes, each costing $500K, where one would be your primary residence and the other a rental property, you’ll end up having a higher net worth faster in the latter case as your tenants in your rental property will be paying that property’s mortgage for you.

Some ways to help get your first house are:

The ways listed above may not get you your dream home but at least it can help you build equity to put towards getting a nicer home.

END_OF_DOCUMENT_TOKEN_TO_BE_REPLACED 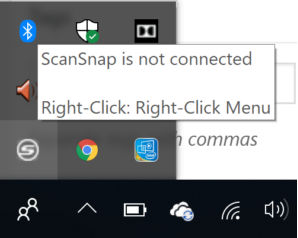 The Fujitsu ScanSnap iX500 document scanner is one of the best sub $500 scanners. Unfortunately, the documentation isn’t good. I tried scanning a document over wi-fi to my laptop, which normally works fine, but one day the blue light would keep changing to orange. I ended up having to uninstall and reinstall the installation software. Fortunately, my scanner’s wi-fi settings were still saved. Here are some tips (which I’m writing more as a reminder to myself) that may be of help to anyone experiencing the orange light error.

On Windows, in your system tray there should be a ScanSnap icon. When the scanner is off, the icon is grayed out and the tooltip message says “ScanSnap is not connected.”

Scan over wi-fi to laptop

To scan over wi-fi to your laptop, do the following

Scan over USB to laptop

If you want to scan to a laptop over USB, e.g. if you are having wi-fi problems, do this: 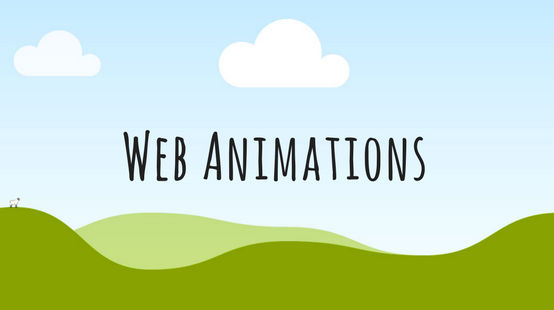 If you want to add animation to a website, you can many options. Here are a few I recommend.

For simple animations, you can just use CSS transitions.

For fancy animations where you still write JavaScript to control the animation, the Greensock JS library is great.

For even fancier animations that allow you to design the animations using a timeline, svgator is a online tool that can do that.

and specify a class on the element where the animation should appear, e.g.

Place any exported images in their appropriate folders and update their paths in the animation data JSON object.

Then, in your JavaScript, load the animation. Here’s example code.

When you need to tighten a rope to hold something in place, e.g. a tent, cargo in a pickup truck, a leaning tree, bed sheets, etc, you might think you’ll need to tie a knot. Not only is it difficult to tie a knot without losing tension in the rope, it’s a hassle and often difficult untying the knot. Ratchet straps are easier to use but are overkill for non-heavy duty situations. A simpler solution is to use a figure 9.

Here, I used a figure 9 to hold a leaning tree in place.

You can purchase Figure 9s at REI. One brand is Nite-ize but there’s also generic ones on Amazon for less.

This are two ways to tighten a rope using a Figure 9. 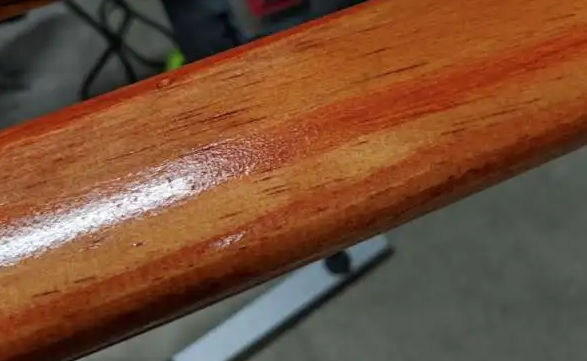 I recently worked on a project to replace my stair’s handrails. I bought the unfinished handrails at Home Depot and then stained them easily as follows.

Note: Applying anything wet, e.g. stain, to wood will cause the grain to rise resulting in bumps. If, after the first coat of stain, you notice bumpiness, then sand it down with 220 grit sandpaper until the bumps are gone and then restain the wood. This first coat following by the sanding process serves as a sort of “primer” to prepare the surface.

The tricky part was getting the protective finish coat on. I wanted a shiny, smooth, glossy handrail. After trying different products and processes, here’s my advice.

Lacquer is sticky and seemingly more toxic. My eyes felt weird even though none of it gone in them. A bit of lacquer got on my hands and cleaning my hands were a hassle and temporarily messed up my skin. The fumes were so strong I could smell some of it in other rooms of my house. Cleaning the brush used to apply the lacquer was impossible so it had to be thrown away.

Polyurethane is also toxic but the water based kind is easy to clean by simply rinsing with water and it doesn’t smell as much. I was able to easily rinse my brush so I could reuse it for additional coats.

Conclusion: Don’t even bother with lacquer. Just stick with polyurethane.

END_OF_DOCUMENT_TOKEN_TO_BE_REPLACED 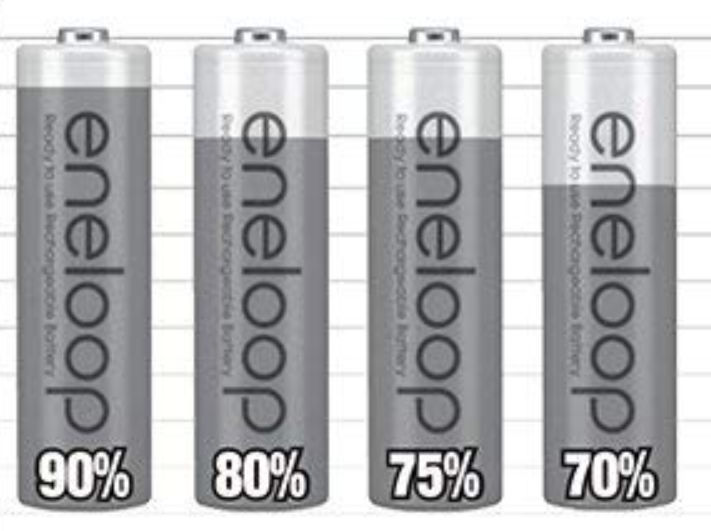 Battery Capacity: the capacity of a battery, measured in mAh, is how much amps the battery can provide in one hour. The larger the capacity, longer the battery will last.

END_OF_DOCUMENT_TOKEN_TO_BE_REPLACED

I don’t like monthly fees so when home security companies offered their services to me, I quickly said no. Instead, I bought a security camera. Now I have 3 brands of security cameras and they all have their pros and cons. If you’re in the market for a security camera, I think any one of the 3 below will do you well.