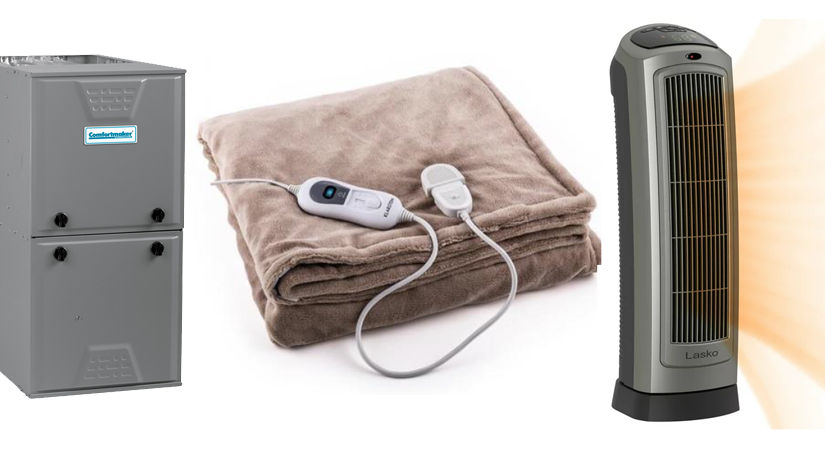 It’s January 9, 2023, and it’s cold here in California. Sure, it’s nothing compared to the freezing temperatures in other parts of the country, but still, it can get pretty chilly in the evening and early morning.

And as the temperature drops, my energy bill goes in the opposite direction.

On top of that, high inflation has made everything, including energy, even more expensive.

Despite having an energy-efficient gas furnace, using it to heat up a 1600-square-foot house still seems more expensive than it should be. Plus, even if heating the entire house was inexpensive, it seems wasteful since many parts of the house are not always actively used. Though I have a gas furnace, according to EnergySage, the average wattage of an electric furnace is 10,000 to 50,000 watts. For comparison, my space heater uses 1500 watts. That makes sense since it plugs into a 120V / 15A outlet, which can support a maximum of 1800 watts before tripping the circuit breaker. And for another comparison, I have an electric throw (62″ x 50″ Microplush Electric Throw Blanket Leopard/Black – Biddeford Blankets) that, according to the label, uses 130 watts. A king-size electric blanket will use up to 200 watts. Personally, I actually find the electric throw more comfortable than the space heater and central furnace when I’m stationary (watching a movie or sleeping).

According to my PG&E bill, my electricity cost is

Assuming I run a 200W electric blanket and an 1500W space heater for 3 hours a day during peak hours, I can find the cost for each using the formula:

So, yeah, the electric blanket or throw is way cheaper!