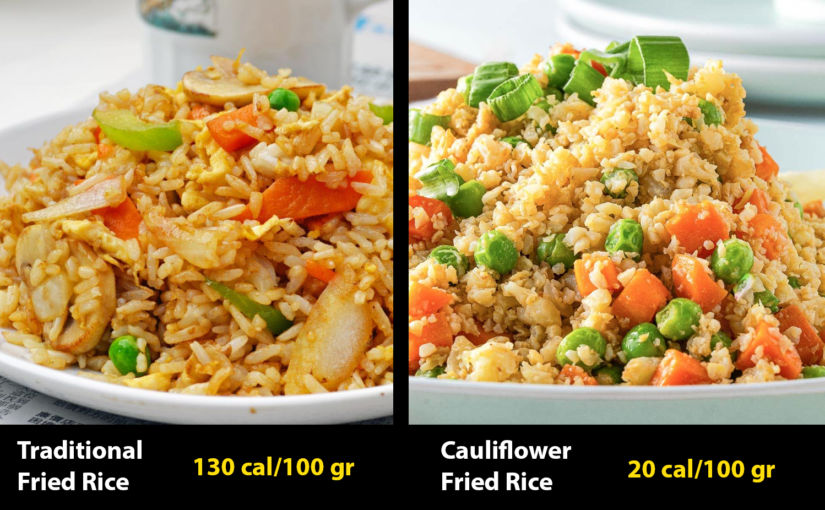 People may not realize this but traditional fried rice contains an enormous amount of calories from the rice. Fortunately, there’s a low-calorie alternative: cauliflower fried rice. It has only 10-20% as many calories as regular rice.