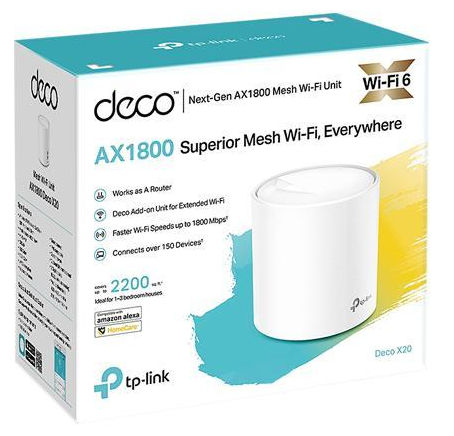 It’s pretty clear now that mesh networks produce stronger wifi signals throughout larger spaces when compared to regular wifi routers even with range extenders. But, many mesh networks only instruct users to connect each router over wifi. While this may be fine in some situations, e.g. where you can’t run ethernet between a main router and a satellite, having a wired backhaul produces a much better wifi signal coming out of the downstream satellite router. Here are instructions to set this up using the TP-LINK Deco AX1800 X20 (W3600 if you bought it from Walmart).

When the light on the satellite turns green, then you know the satellite router is connected to the main router. At this point, since you haven’t connected an ethernet cable between the two routers, the connection is over wifi. You can verify this by opening the Deco app and clicking the satellite router. You should see the “Signal Source” value the wifi symbol followed by 2.4GHz/5GHz.