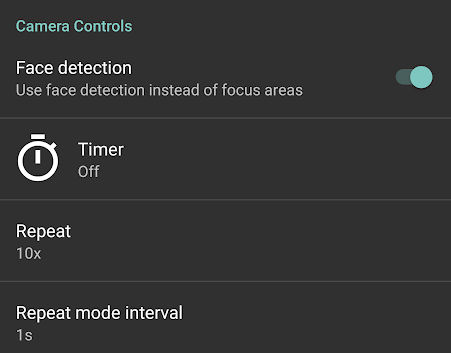 Most people take pictures by just manually taking a shot when they are ready. Since many things could go wrong with taking just a single shot, e.g. the subject blinks or yawns, a car drives by, etc, then some people will take multiple shots manually – maybe 2 or 3. However, this still doesn’t necessary offer the best shot because the subject may not like how they look in a particular stance or the lighting may not be at their particular angle. Also, photos of people just looking straight at the camera or posing often look boring, as opposed to photos that appear to be taken randomly or without the subject knowing.

To resolve this, you could take a 4K video from your mobile phone, open the video in a video play like VLC, scrub through the video and when you are on a frame you like, take a snapshot (not a screenshot).

To get around the cons of the video approach, you can take a series of still images and just pic the ones you like. This is sometimes called “burst” mode. Ideally, you would be able to

One app that meets these requirements is Open Camera. It’s free and looks well made. In the screenshot below. I enabled Face detection so that if the subject moves, like when you’re taking a video, the subjects face should always be in focus. I set Repeat to 10x to take a maximum of 10 pictures and I set Repeat mode interval to 1s so a picture will be taken automatically every 1 second.

In this example, I’d end up with 10 pictures. I could then just pick the best one and delete the rest.

To compare the picture quality of this method verses taking stills from a video, consider the following photos.

If we zoom in to 100% and focus on a small section, you’ll notice there are more artifacts and blurriness in the still taken from the video, not to mention the contrast and color looks much better in the still shot.

If I enlarge the images, the artifacts in the video snapshot become much more apparent.

If you set the Repeat to Unlimited and Repeat mode interval to No delay, the app will take as many pictures as it can until you push the stop button. For comparison, a 10 second 4K video consumed 61 MB whereas 10 seconds of unlimited, no delay pictures produced 23 images totaling 45 MB.

The next time you want to take a picture, you may want to try Open Camera and take a series of many pictures as your subject walks around or behaves naturally.