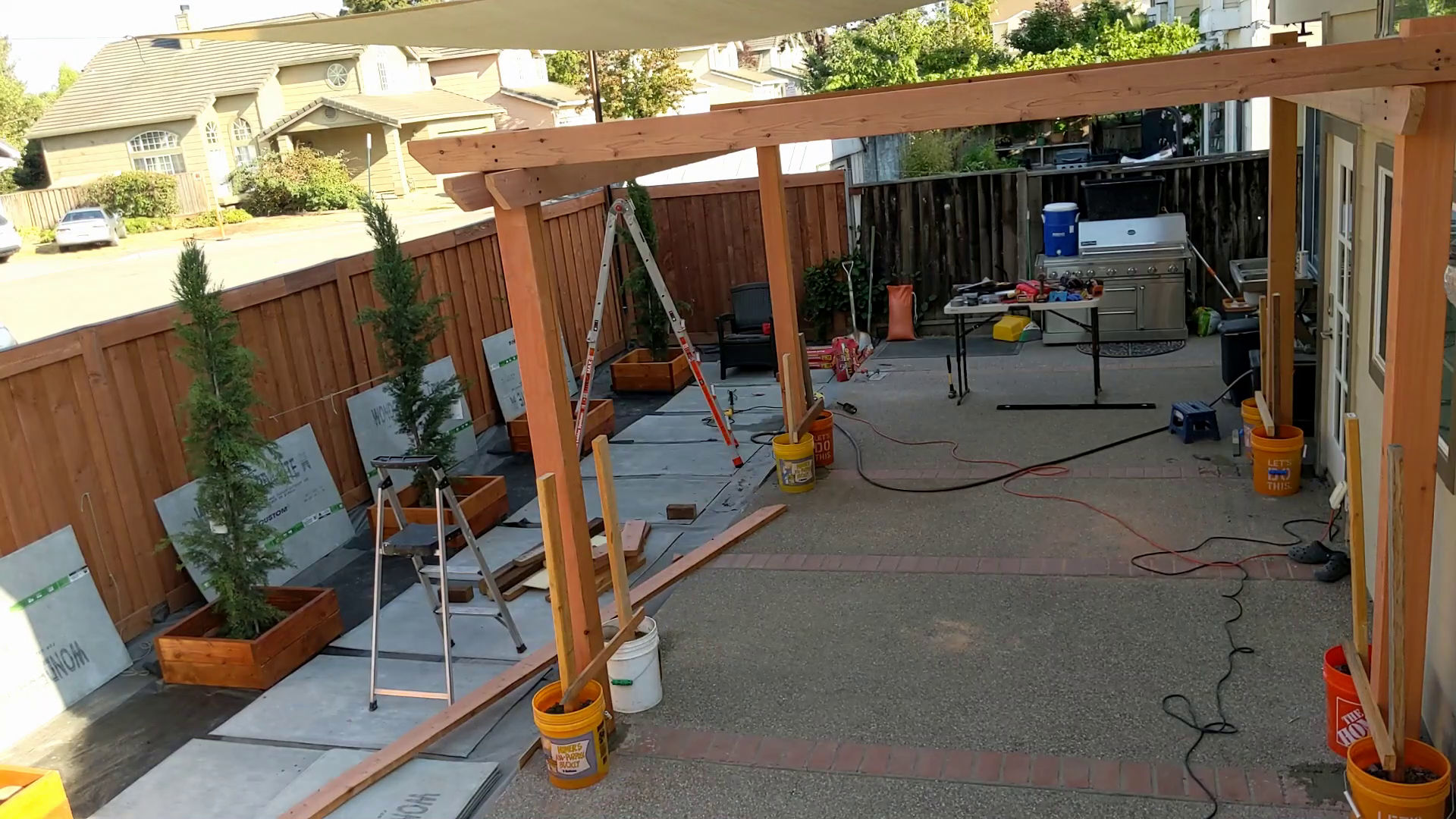 This weekend I built the frame of a pergola. The posts are 6x6x10 Redwood posts and they’re heavy. We had the posts go 15″ in the ground but before pouring cement, we wanted to make sure the posts were level and plumb.

To hold the posts in place while we measured, we filled buckets with dirt and temporarily secured each posts to them using either screws or clamps.

Once the posts were held in place, we installed the headers on top. This would hold the posts in place and, theoretically, help ensure the posts are plumb.

We then measured for level and plumb using straight levels and post levels.

We also measured the distance between posts to ensure corresponding sides were the same length. We could have also measure the two diagonal distances but we didn’t. We measured using a laser measure and a tape measure. Unfortunately, these can give inaccurate readings if, for example, the laser or tape measure isn’t perfectly level when taking measurements.

Despite measuring using levels and checking distances, we still found some posts were not lined up perfectly with other posts.

To make measurements easier, stick a nail near the top and bottom of each post at the same vertical position.

Then, hook the end of your tape measure to the nail head and pull to measure the distance to the corresponding nail on other posts.

Another, albeit extreme, way to ensure all posts are plumb and positioned perfectly is to use scrap 2x4s to temporarily secure all sides at the top and bottom. If you don’t have any 2x4s, you can use 2x3s. They are cheap at the Home Depot. If your 2x4s are not long enough, you can join / splice them together using metal plates or scrap plywood.

Again, you can temporarily secure the 2x4s to the posts with either screws or clamps. By securing these 2x4s around the top and bottom of the posts, and ensuring they are level, there’s no way the posts could end up being offset from each other or not plumb.